Matthew Malin.
Matthew moved to NYC in 1991 after school to begin his career in the executive training program at Saks Fifth Avenue. He later accepted a position as a cosmetic buyer at the privately owned Barneys New York. He was part of a team that found and developed exclusive niche brands. After launching many successful brands at Barneys, he accepted an opportunity to oversee the global distribution and sales for the family owned Kiehl’s. When Kiehl’s was sold to L’Oreal in 2000, Matthew took on a position with Prada to develop their beauty division and manage Helmut Lang Parfums. All this time, Matthew has personally suffered from skin conditions such as Eczema, seborrhea and Rosacea, identifying opportunity in the skincare market that Andrew and he developed into a business plan. (MALIN+GOETZ) launched in March 2004.

Andrew Goetz.
For ten years preceding the launch of (MALIN+GOETZ), Andrew worked as the US Marketing Director for the family owned, Swiss-based design manufacturer Vitra. His keen eye for design is reflected in our stores’ modern interpretation of the traditional neighborhood apothecary as well as the brand’s sleek, minimalist packaging which was in a retrospective featured at the San Francisco Museum of Art. During his tenure at Vitra, he found and cultivated the careers of emerging architects and industrial designers. Both the architects for the (MALIN+GOETZ) flagships stores and the graphic team behind our packaging were organic extensions of Andrew’s previous collaborations and relationships. 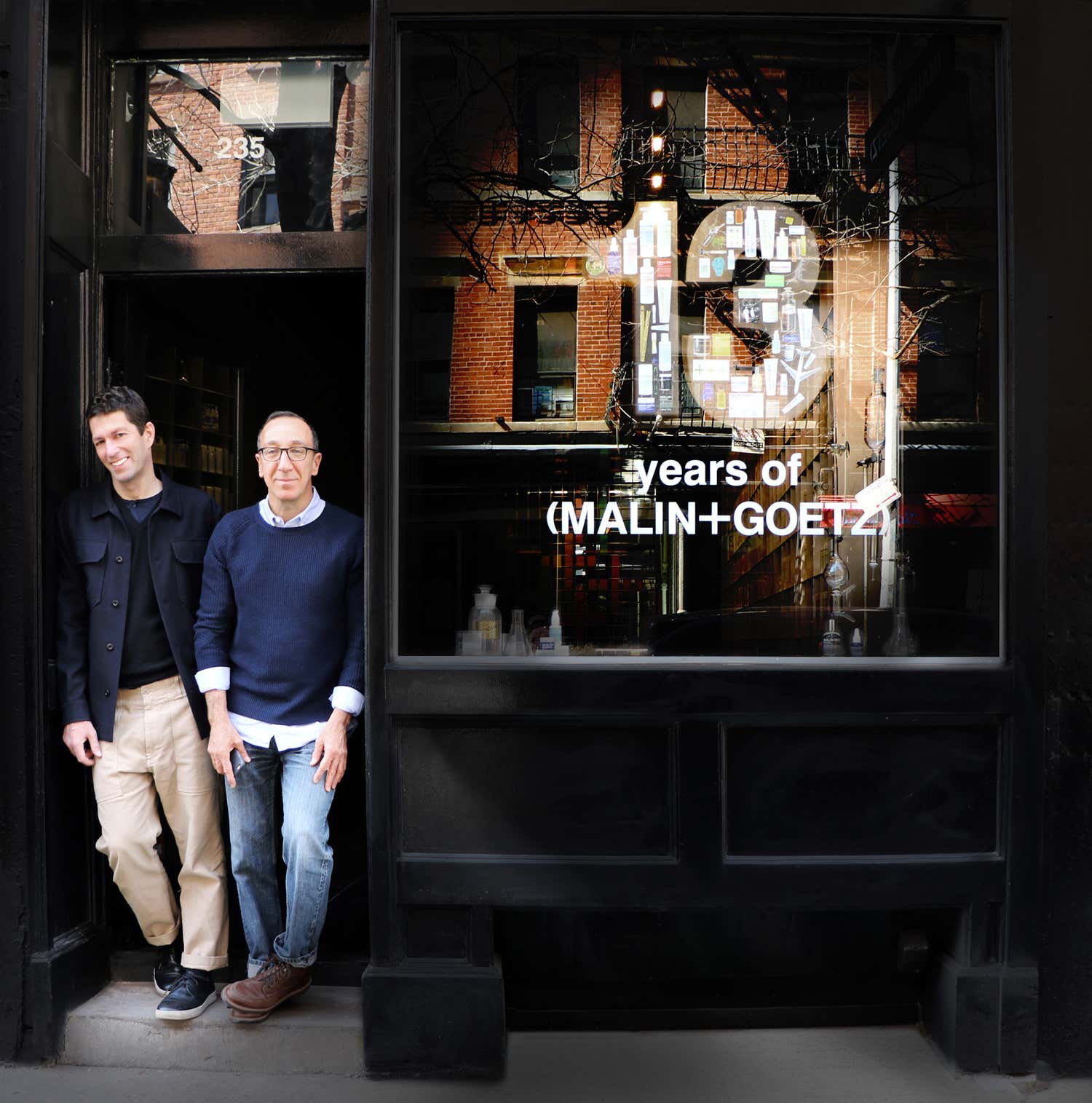